Transportation Project for the City of Winnipeg

The Osborne Street Bridge rehabilitation was a major overhaul to an aging bridge over the Assiniboine River.

This was a major rehabilitation that included a full deck removal, abutments were demolished, bearings were replaced and roadworks, from the intersection of Broadway to the intersection at River was rebuilt. In recognition of the history and its location, the designers and City of Winnipeg wanted the bridge to be attractive and functional. They incorporated custom-lit handrail panels and a unique sidewalk on both sides of the bridge. Custom words, phrases and illustrations were cut into pieces of aluminum and mounted along the handrails to form historically significant messages pedestrians can read as they cross the bridge.

The sidewalk became a series of stainless-steel strips that separate two colours of concrete and represent a map of the area. The successful and creative project was completed in two stages, in two years. 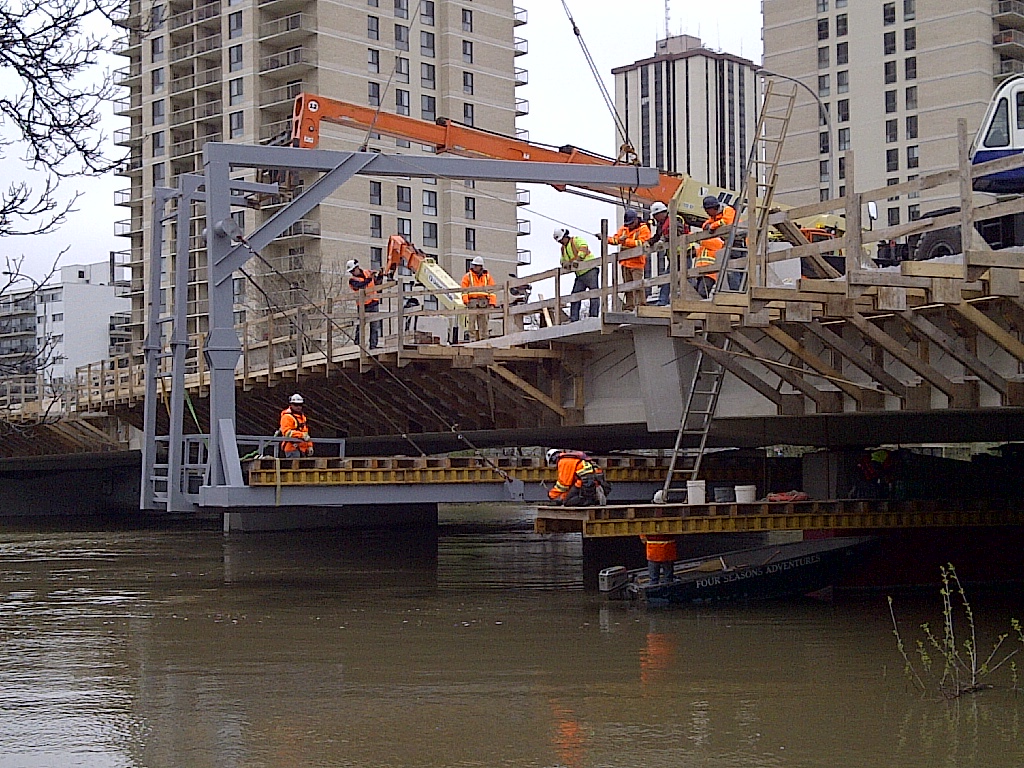 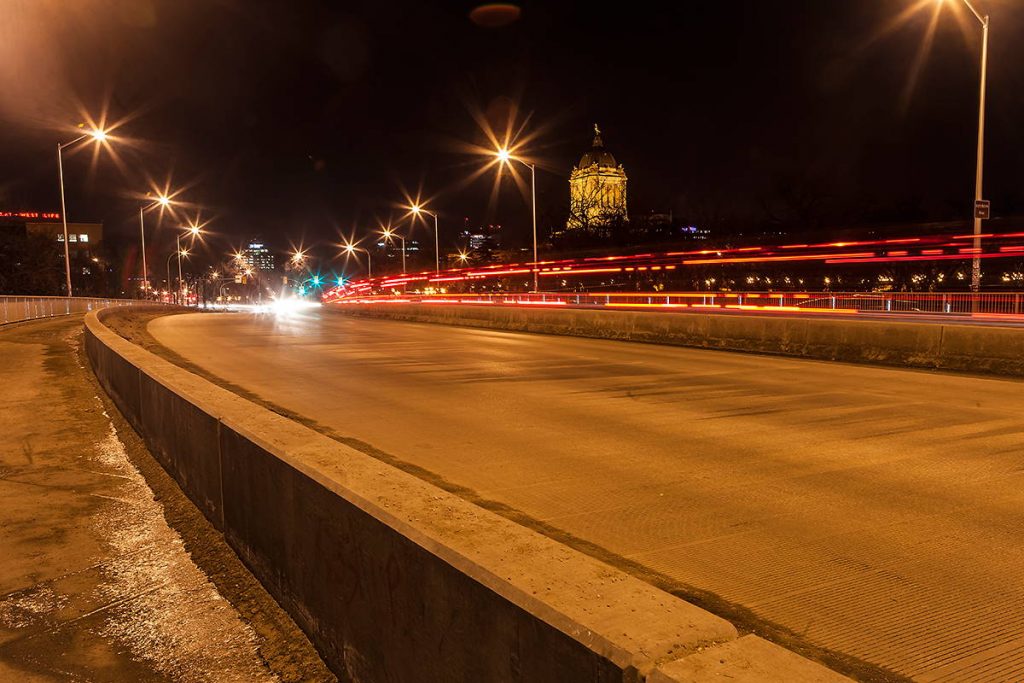 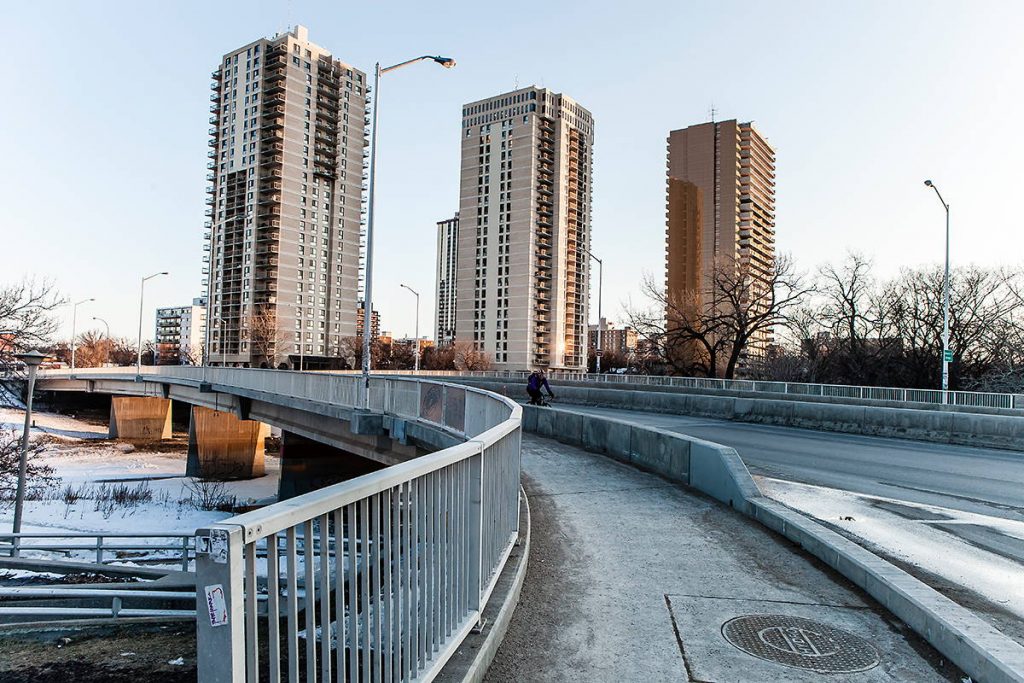 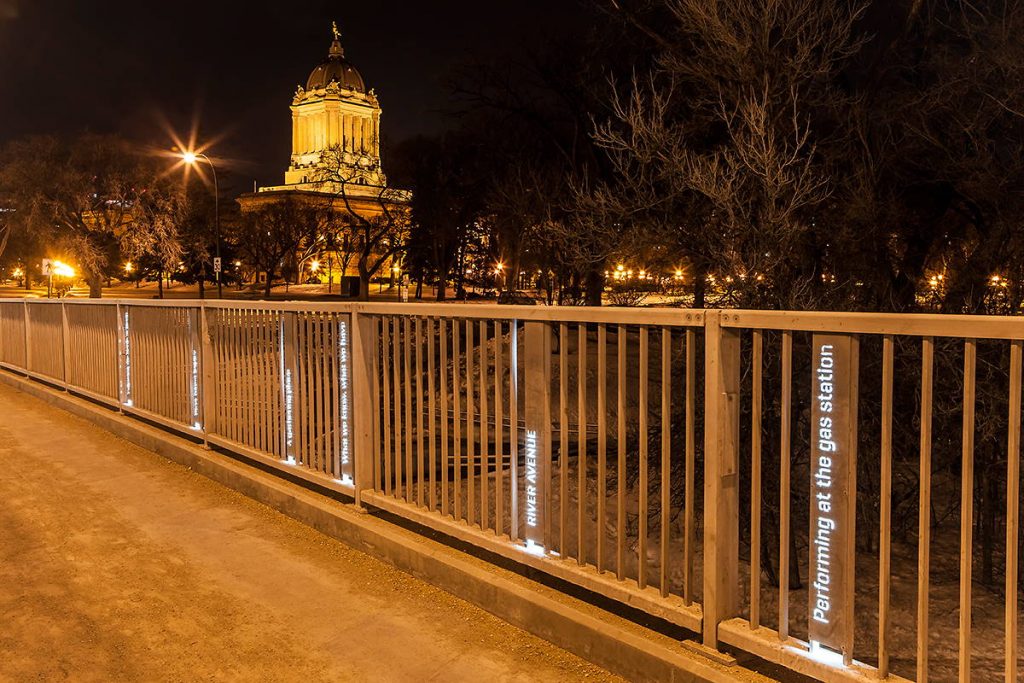 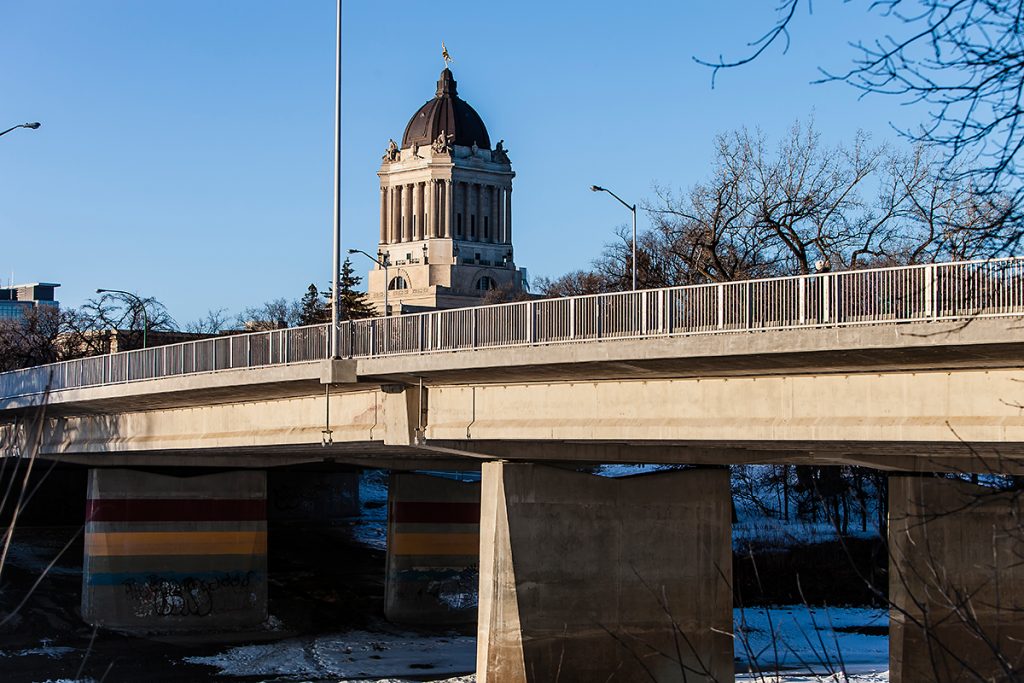 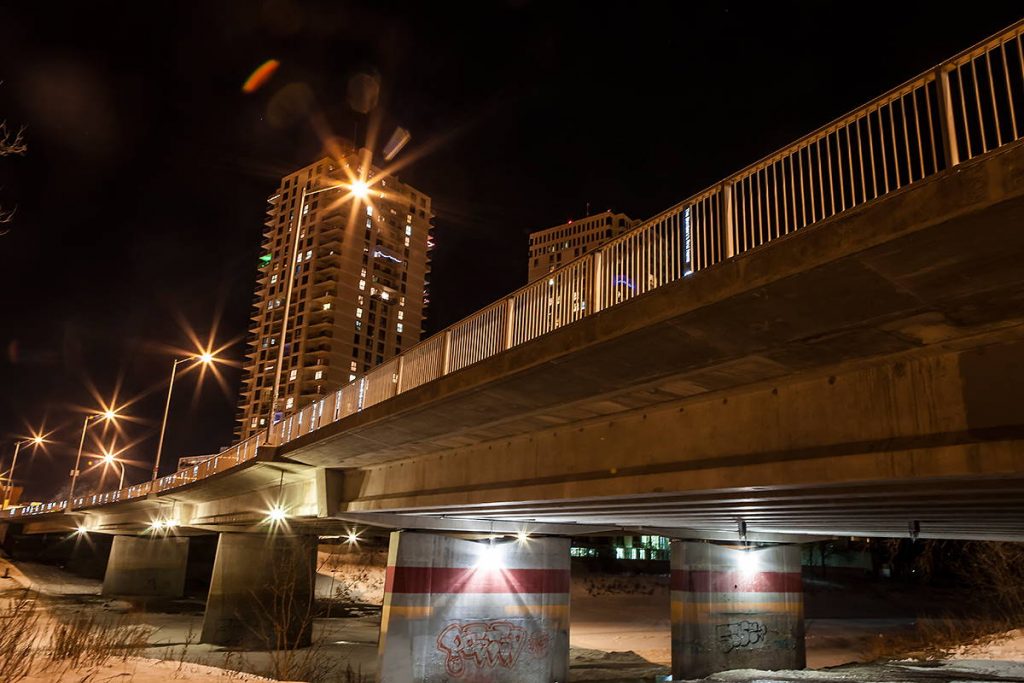 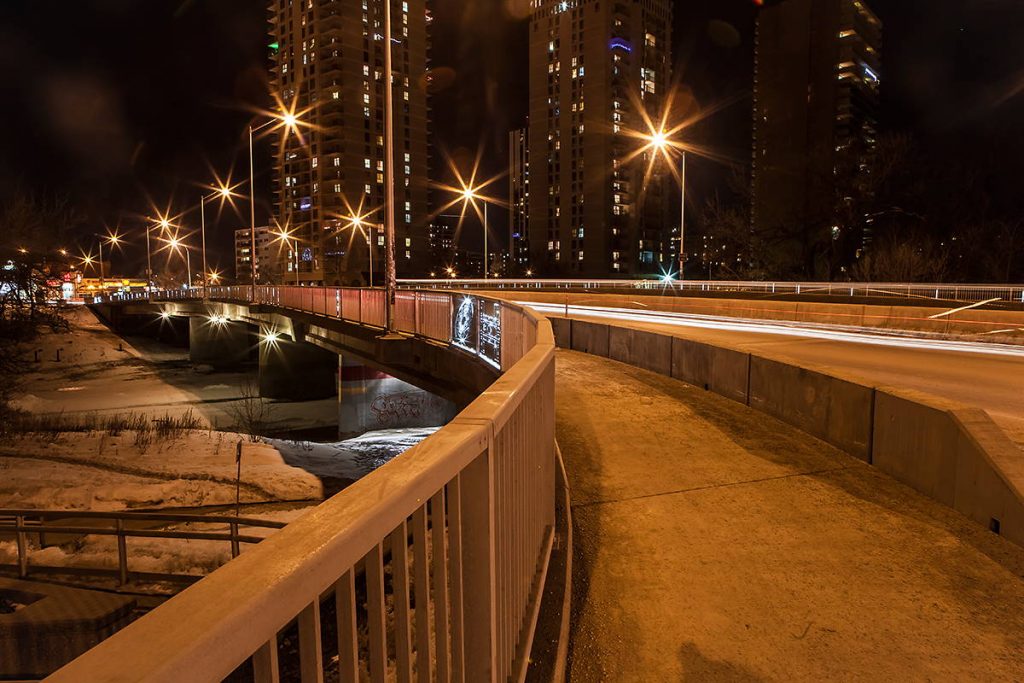 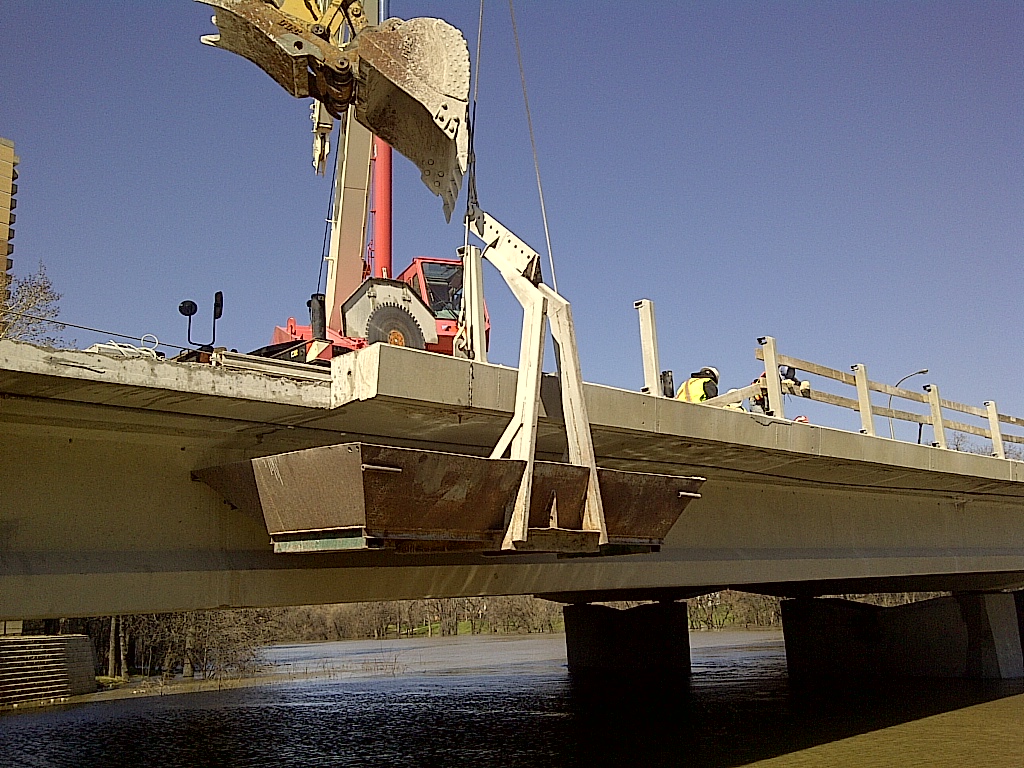