PR 313 over the Winnipeg River

Transportation Project for the Department of Manitoba Infrastructure

Awarded the project for the rehabilitation of PR 313 over the Winnipeg River. Also known as the Lac Du Bonnet Bridge a 1,000-foot-long bridge connecting cottage country to the town of Lac Du Bonnet.

Since the early 1900s, this historical bridge has been through a very few upgrades. Recently, the bridge was reduced to one lane due to a loss of structural integrity and vehicle movements were managed by traffic signals. We were tasked with replacing and widening the entire superstructure of the bridge including deck, bearings, girders, sidewalks and barriers.

Accessing the bridge was a challenge as it stood in a 1,000-foot-wide river with an average depth of 50 feet of fast-moving water. To overcome this, we designed and constructed a double gantry crane and rail system capable of lifting and moving up to 60 tons. The cranes offered unimpeded access to every square inch of the bridge.  Today, the bridge can accommodate two lanes of traffic and pedestrian sidewalk.

This project received the Major Structures Award for Manitoba Infrastructure projects of 2020. 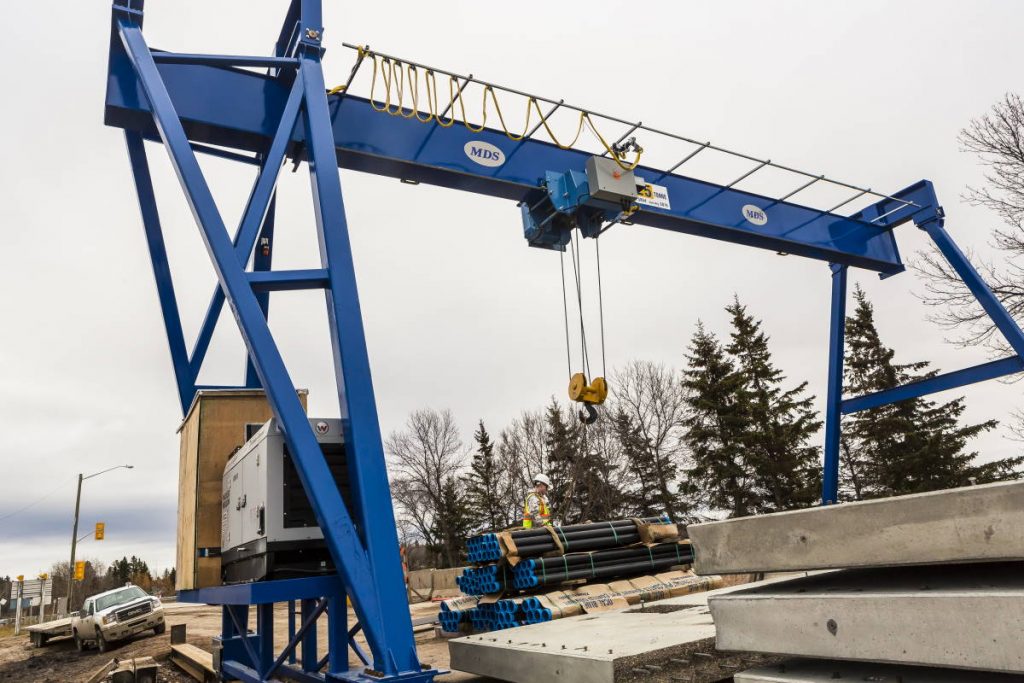 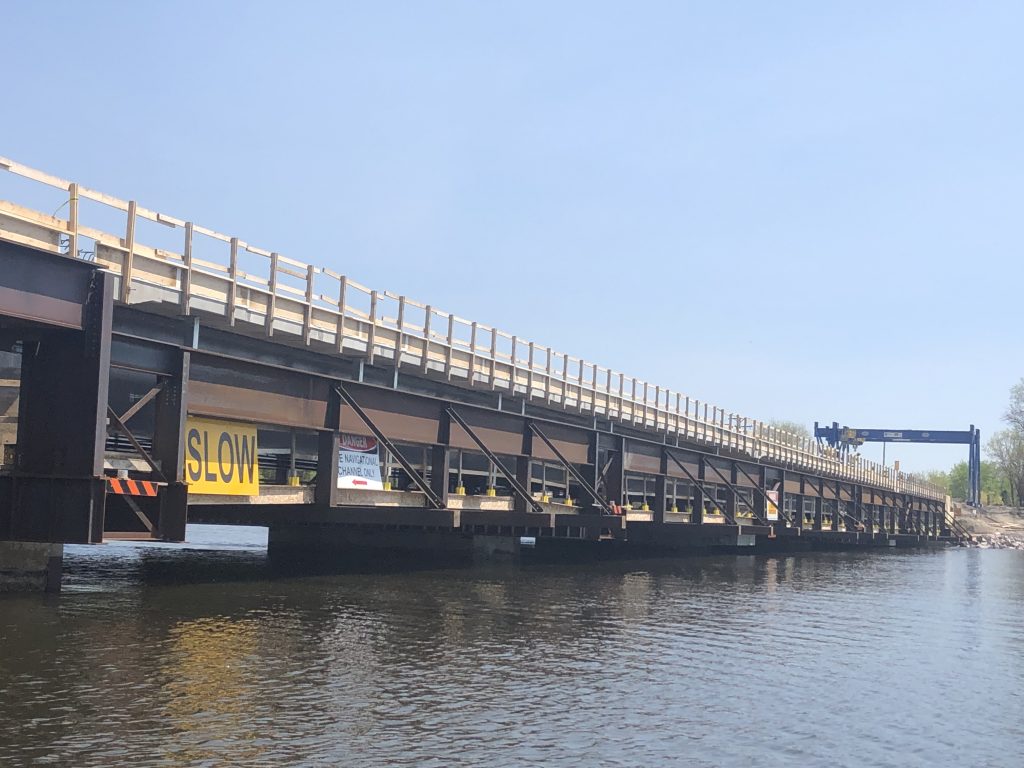 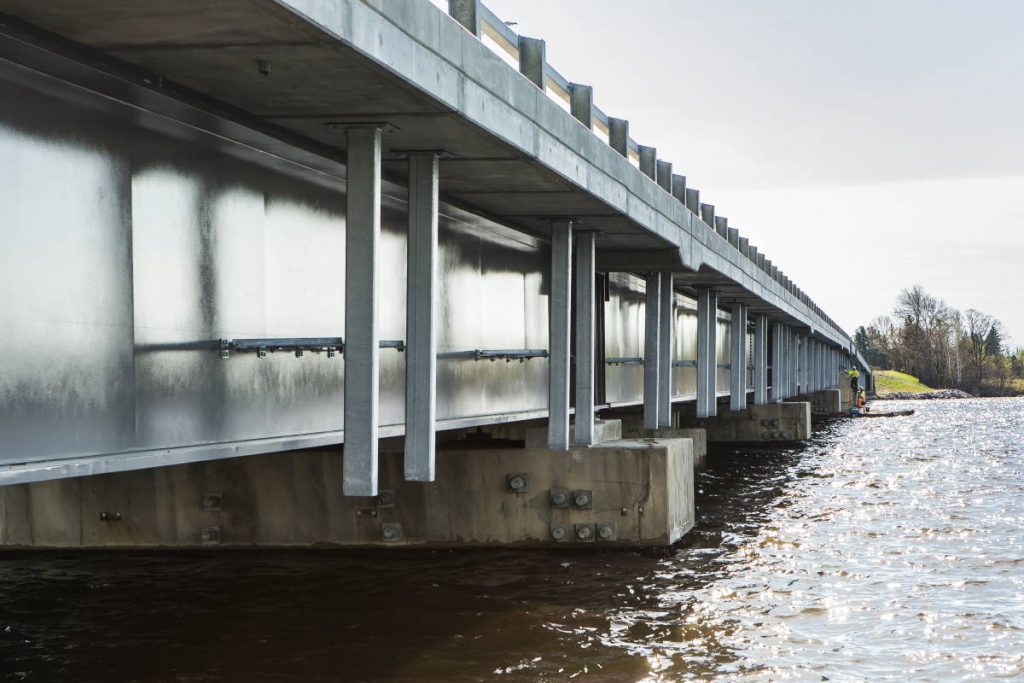 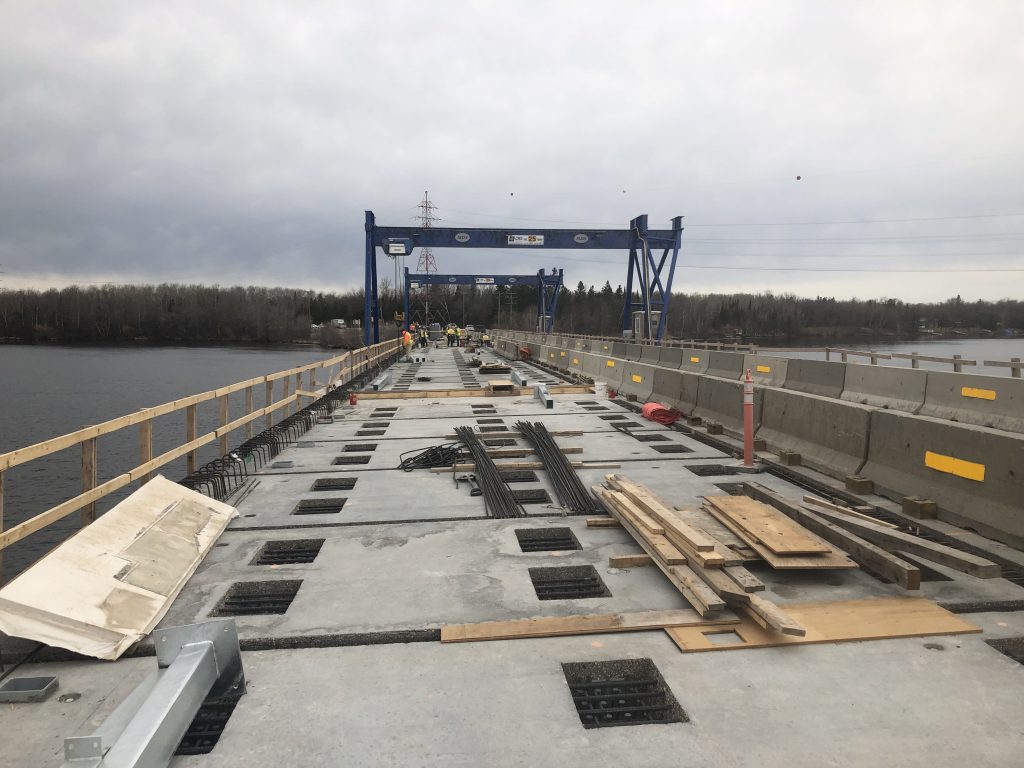 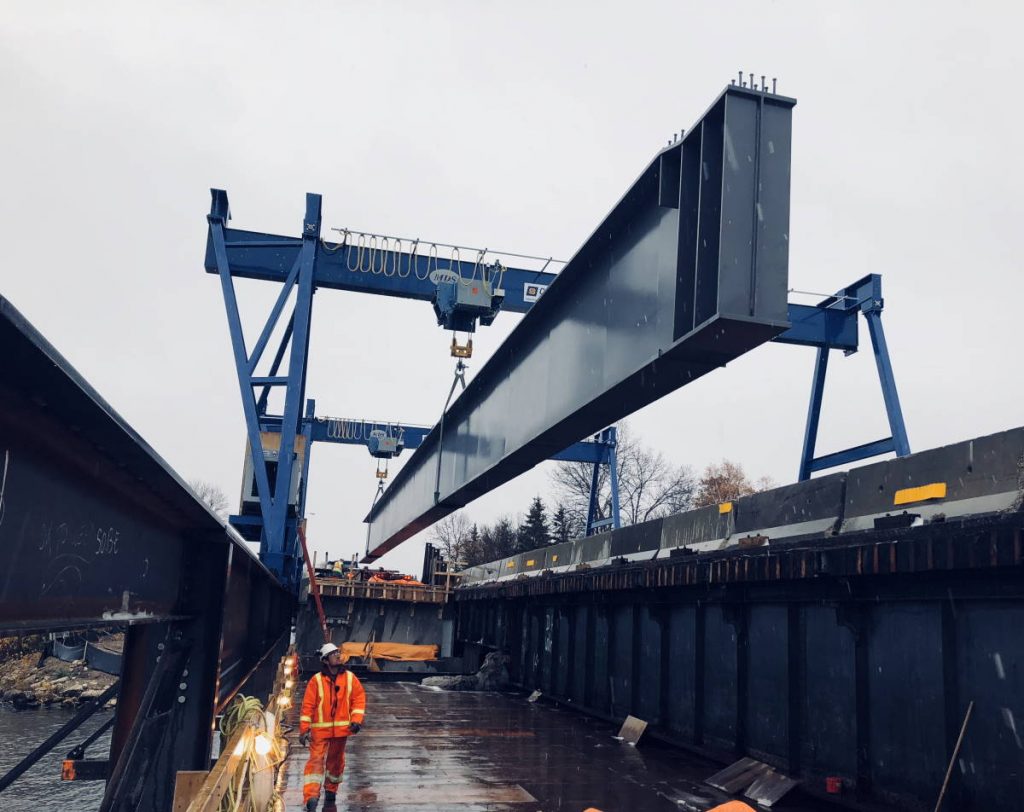 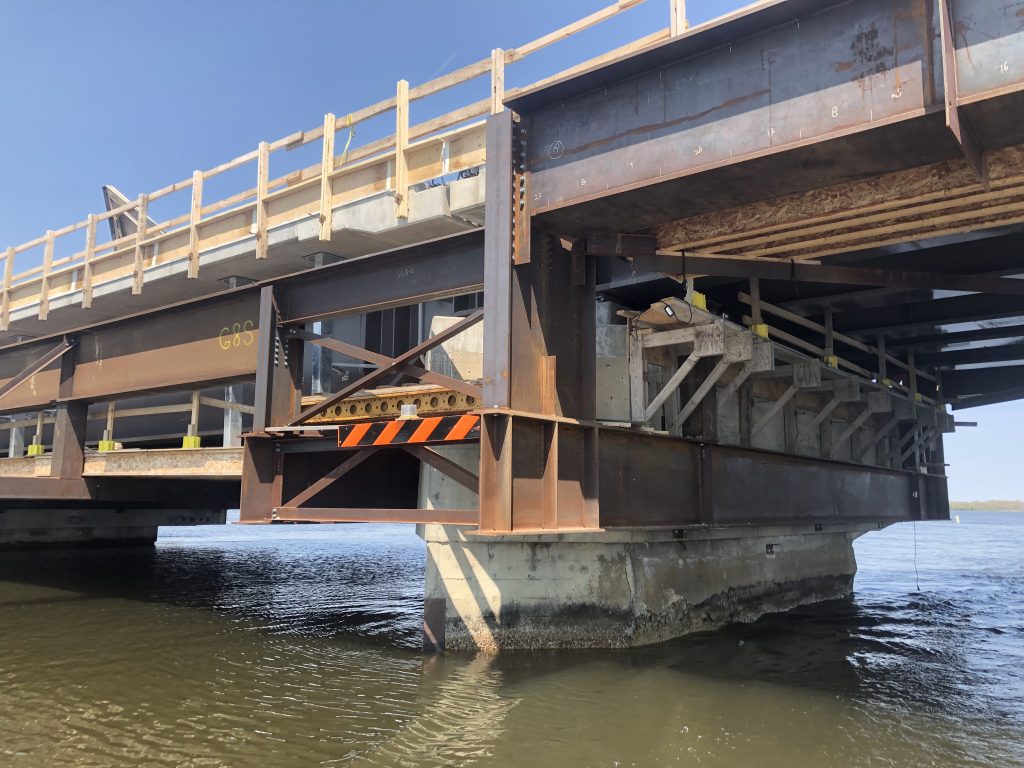 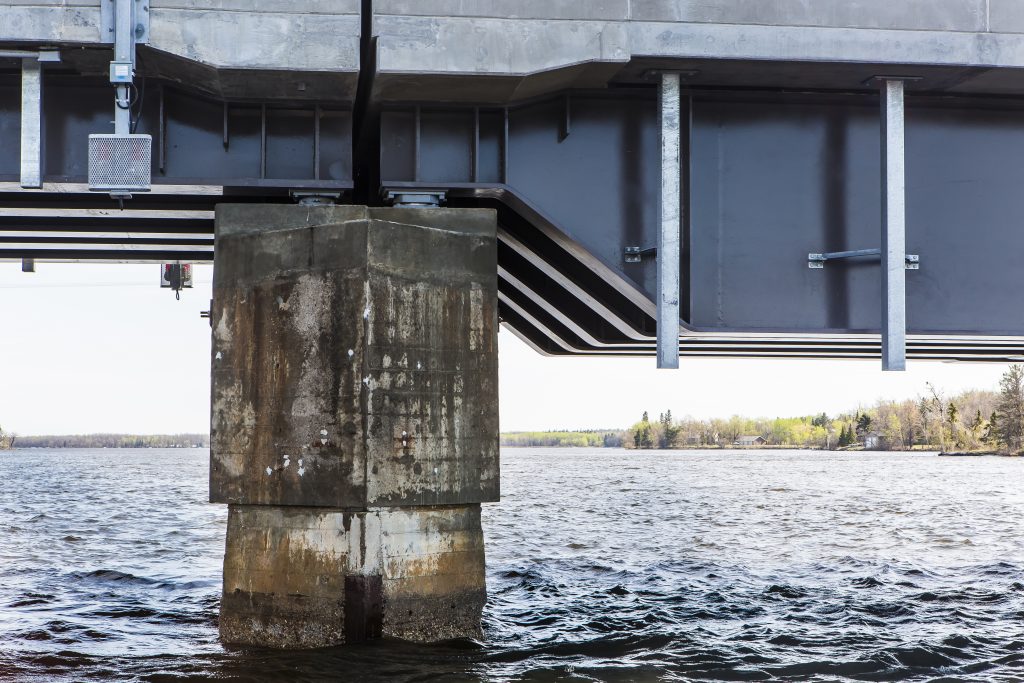 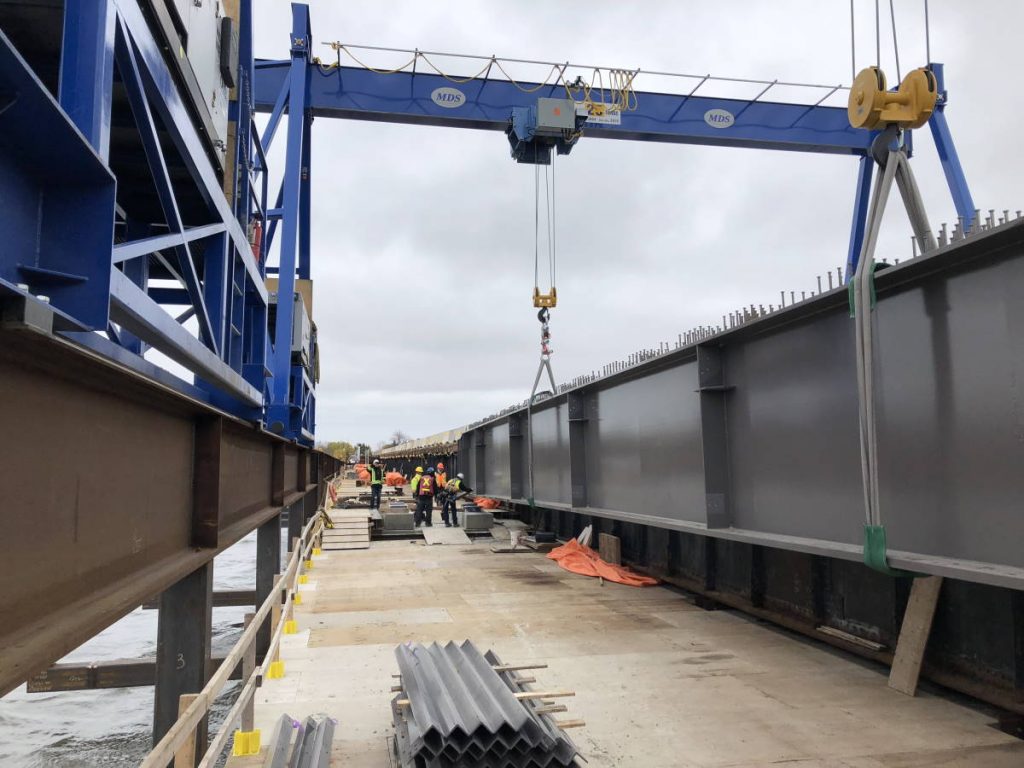 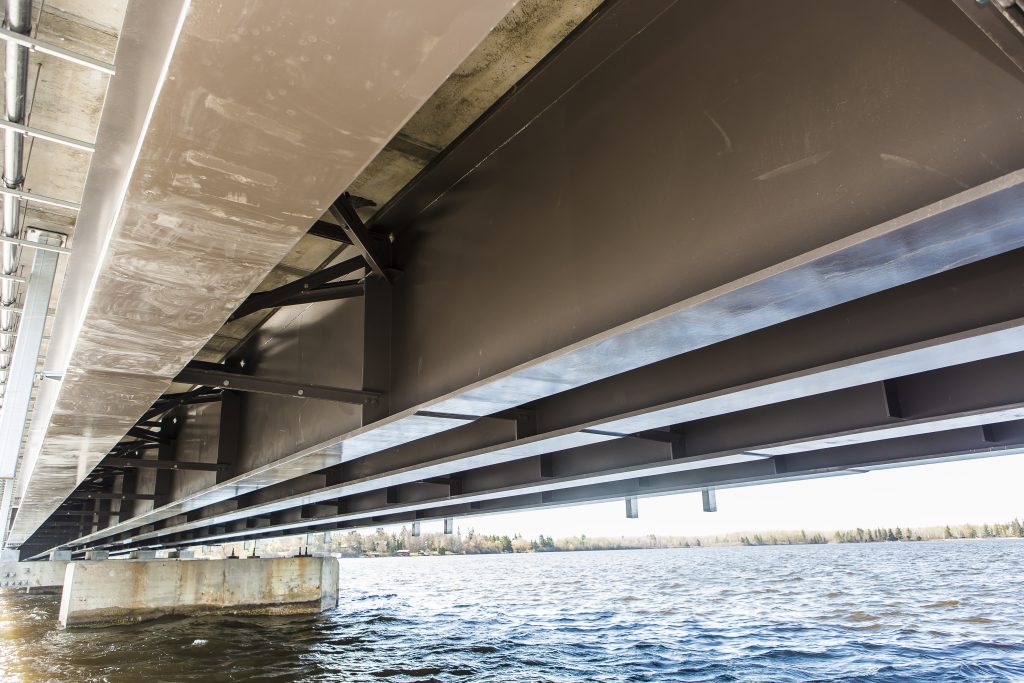 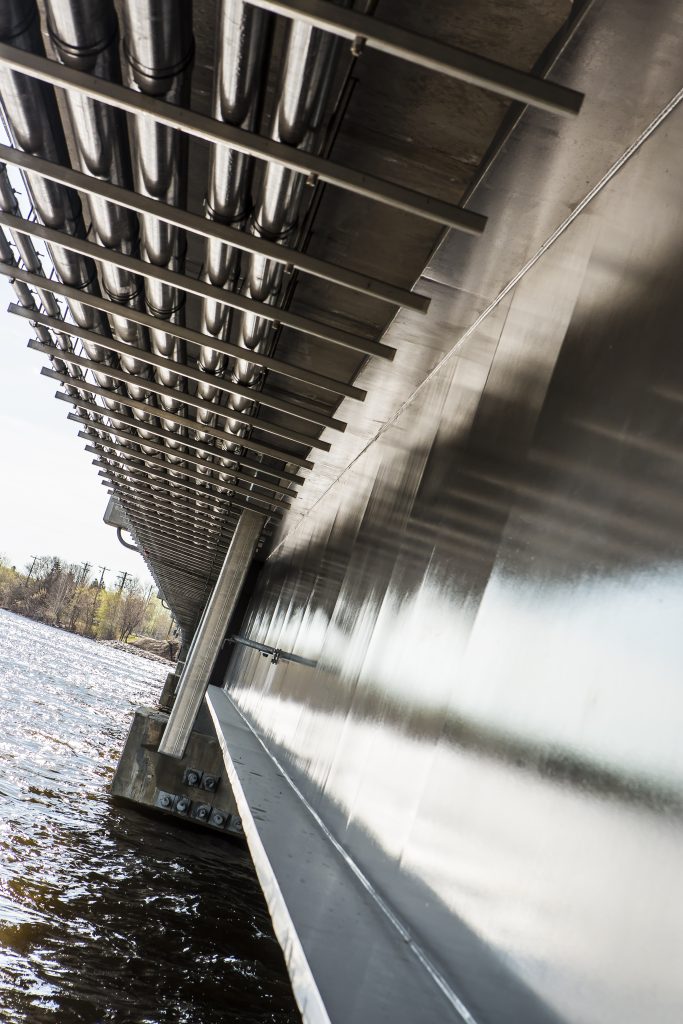 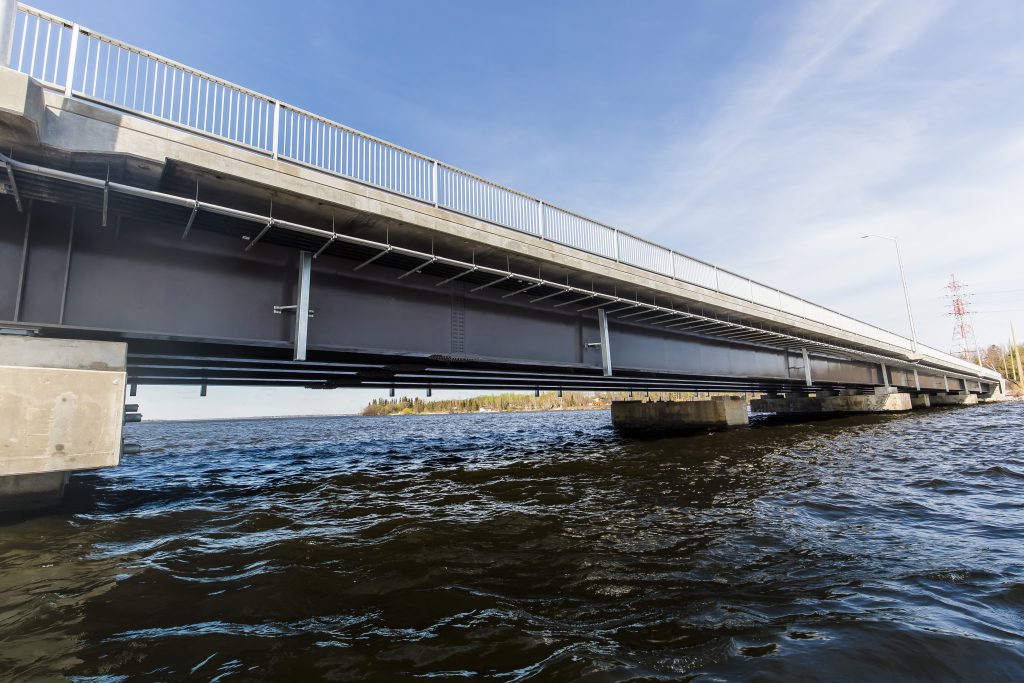